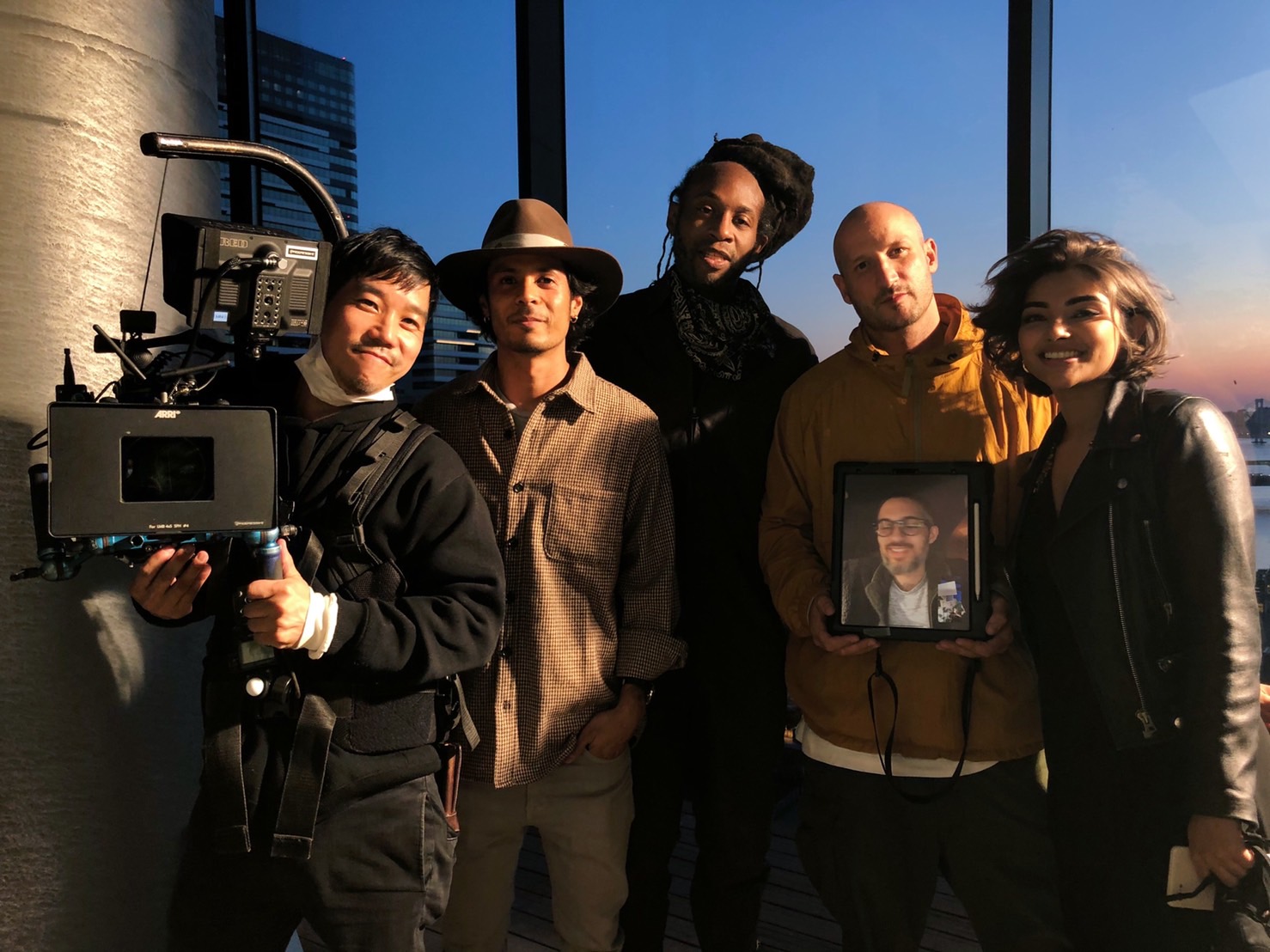 We have delivered messages to our customers around world in the languages of each country, targeting their local community. However, we came to realize the importance of celebrating the collaboration among today’s more diverse and fluid world. As a first step, we wanted to create a video project in English for the Black label which resonates with the global community in Japan.

We would normally work with Japanese production for communication in Japan, but we knew we needed to challenge the norm with this project. TONGAL, a collective creative platform, was the most suitable way to connect with creators who truly understands our intention. As a result, we were able to get a glimpse of a new aspect of the Black Label, this whole creative journey brought us a great discovery.

This time, I received a message from Michael Medoway, who was the producer for the release of this video.
I am happy to share this message along with the video.

When I found out about this project, I connected with it immediately. Having spent six years in Japan after film school I identified with the feeling of being a foreigner living there. When I moved back to the U.S. I got into commercial production with a company that serviced Japanese commercials, where I worked as a producer for five years. That experience opened me up to the unique approach Japanese creatives take when working on commercial shoots. I noticed an extreme attention to detail and rigor for prepping each job. Seeing that first-hand shaped the way I would approach projects as I began transitioning into directing commercials a few years ago. It also informed how I would approach this project specifically, due to all of the logistical obstacles we were confronted with.

Everything in life now has become exponentially more difficult with the arrival of COVID. Usually I would have travelled to Tokyo to prep, scout and shoot this film but with the travel restrictions in place that was impossible. Because of this the preparation was all remote, relying heavily on Zoom calls, emails and Line messages to communicate. The most difficult part of the preparation was the location scout as I couldn’t be there myself and this is often where you find inspiration for shots. Luckily, the producer and director of photography were both friends of mine and put their heart (and countless hours) into the project. They went beyond their typical roles and became an integral part of the creative process.

In casting this project we were looking for foreigners living in Japan that could provide a distinct perspective on life there. I had been following Chace on social media for some time. He works as a creative director and I had always appreciated his aesthetic. So I asked him if he’d be interested in bringing his story to the screen. In the end, not only was he interested, he opened up his world to us. Everyone in the film were friends and acquaintances of his – which helped to bring out the authenticity I was hoping to capture.

There are only a handful of truly magical cities on this planet.

To me Tokyo is one of them. No matter how much you explore, there will always more to discover. Last December I traveled to Tokyo for some meetings and year end parties. Whatever jet lag I had was gone the second I got off the train. The rush of inspiration you get when walking its streets is palpable.

In the very beginning stages of conceptualizing, I knew I wanted to make Tokyo a character in the film. To show a Tokyo that we never get to see, one that is empty, where Chace can be alone.

We also wanted to visualize the emotional arch of Chace’s journey, with our first shot beginning on street level and ending the film on a rooftop. This was to begin the film with feelings of loneliness and close with a sense of connectedness and celebration.

It was wonderful to be able to do a film for such an iconic brand like Sapporo. I want to thank Sapporo for letting me tell Chace’s story and for letting me tap into some personal nostalgia at the same time. Cheers!