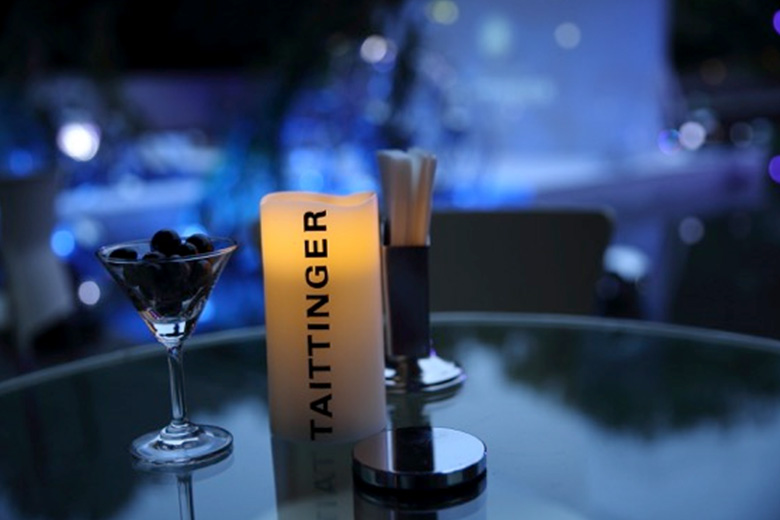 Do you know that the Sapporo Beer also carries the champagne called TAITTINGER?

TAITTINGER is very popular champagne which has been widely available at prestigious restaurants all over the world.
The TAITTINGERs have been keeping its quality, cherishing the tradition as an owner as well as the management of it.
Since 2013, they have been carrying on the partnership with FIFA and for 3 years in succession from 2014, it has been served at the banquet for the Nobel prize. TAITTINGER champagne has been captivating people’s hearts for the cerebration of sports, arts and learning.

This month, the Sapporo Beer and the TAITTINGERs held the event in which you could experience the attraction of TAITTINGER and its world outlook in Japan which is far away from France, the home of champagne production. 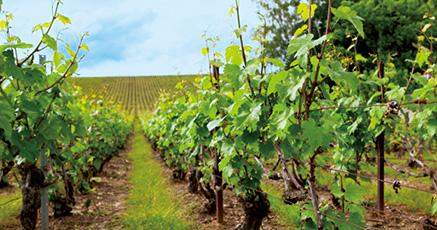 The purpose of this event is to experience the steps in a story until the TAITTINGER champagne is born, such as the crop of the grapes grown in the field with the full sunlight turning it into champagne, taking a long time and then pouring it into our glasses and tasting a glass of champagne.
I’d like everyone who reads Hoshi Diary to have pseudo experience of the TAITTINGER story in this article. 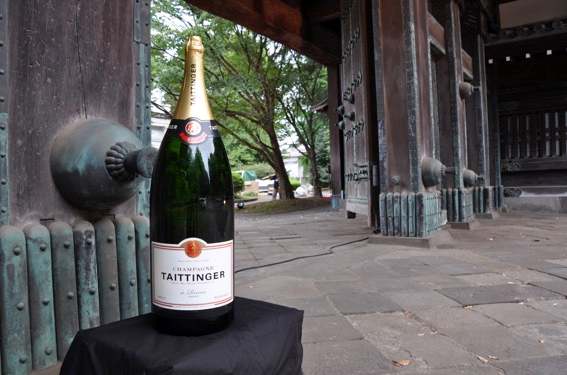 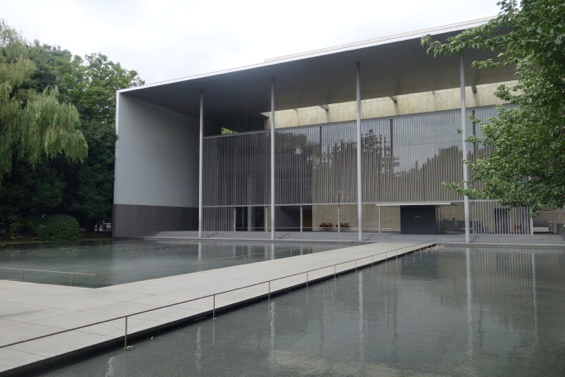 This is the appearance of the treasure hall of Horyu-ji temple usually.
The theme of this time is the marriage of champagne, culture, art and foods. 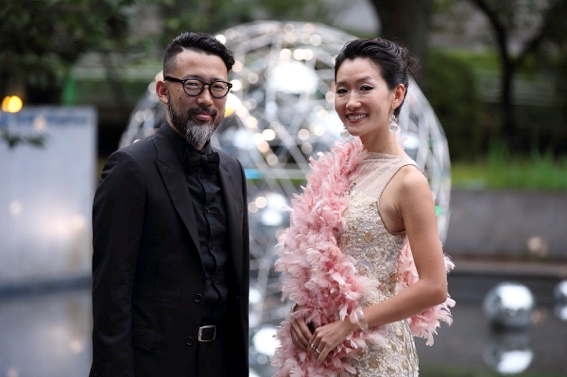 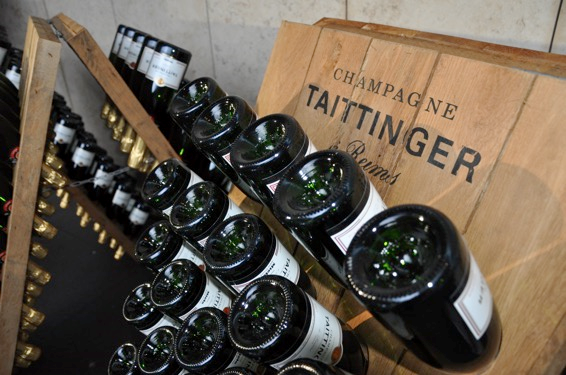 The DJ, Mr. Shuya Okino and the painting artist, Ms Saori Kanda will express their appreciation of TAITTINGER on the day of the event. They visited the TAITTINGER champagne maison in Reims in France in advance.
In the venue, there is the exhibition of the storage shelves to mature the champagne which have been actually used at the site and the corner where the 360 degree-scenery video of the grape-field and the champagne maison is shown, using the PC. 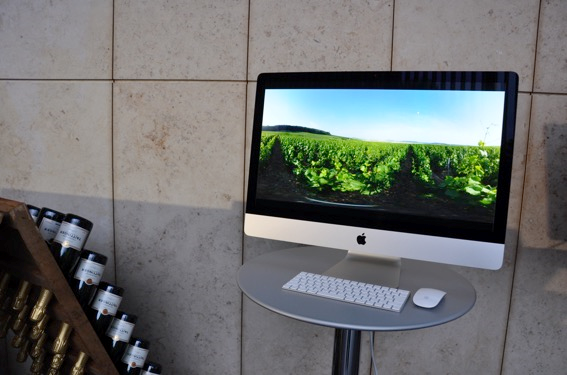 In the treasure hall of the Horyu-ji temple, about 300 treasures have been stored and exhibited which were presented to the Imperial Household from the Horyu-ji temple in the Nara prefecture in 1878 (the 11th year of Meiji) and were transferred to the nation after the war. You can see the exhibition during the event. 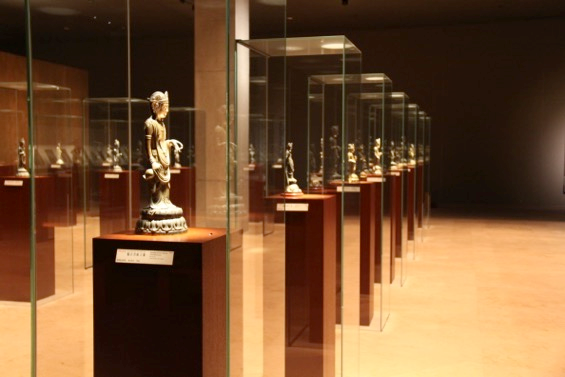 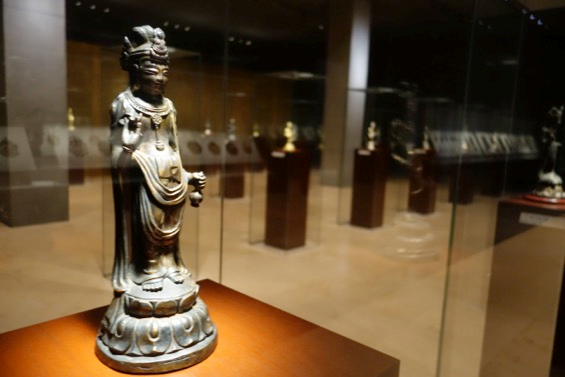 Well, the opening hour is approaching and it’s getting dark outside. 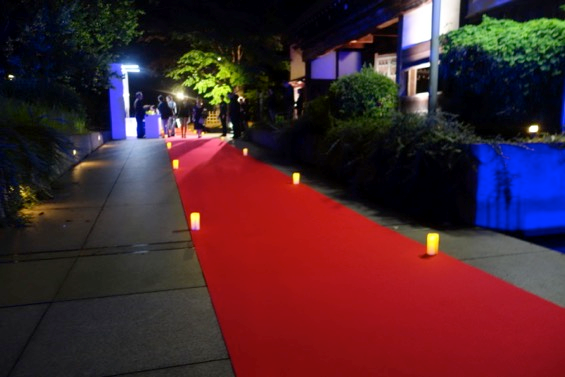 Passing through the Kuromon gate towards the entrance, you can gradually see the venue lit by the mysterious light. 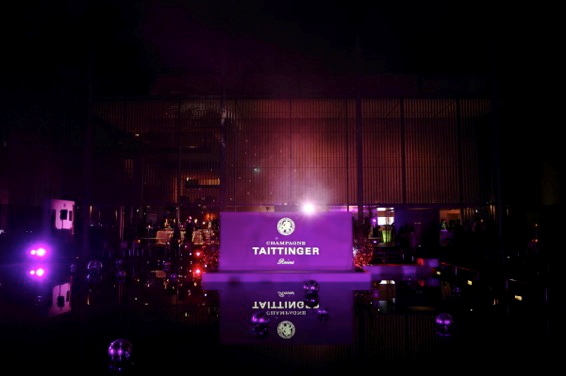 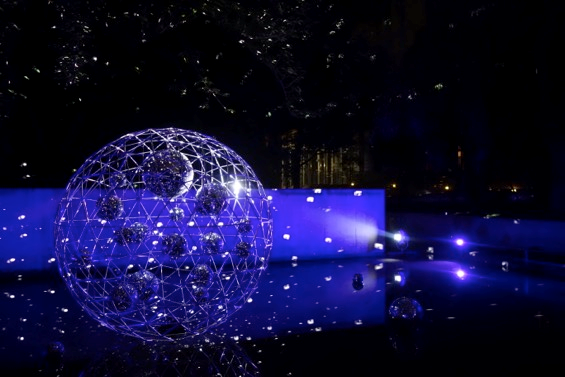 The light of the mirror-ball is reflecting on the water and the tree leaves and it looks like a scene from outer space.
The guests started gathering. 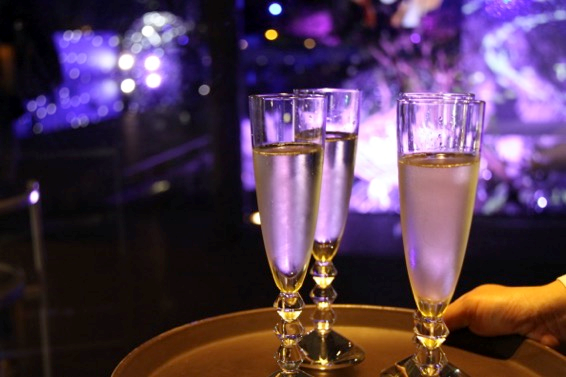 Among the foods which just match to the champagne from the Hotel Okura Garden Terrace, there are some breads and cheese ordered from France just for this day. 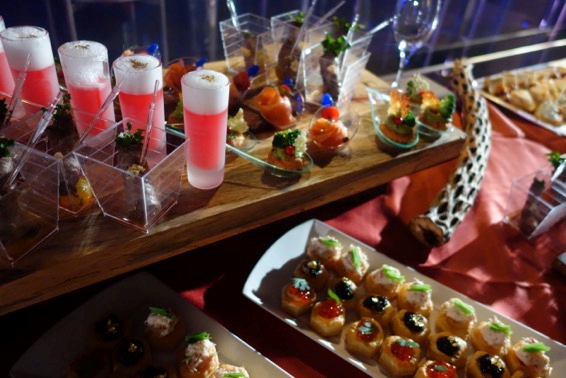 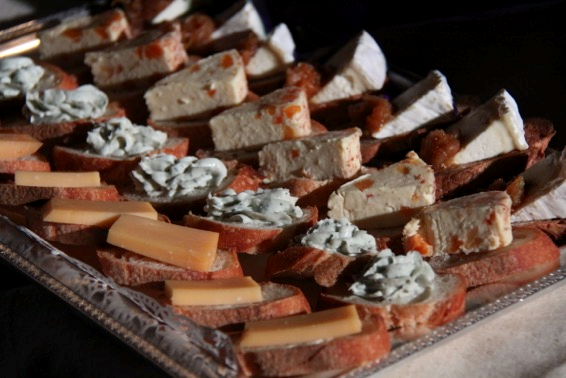 Well, how will the marriage of TAITTINGER, art and gourmet go which was set in the treasure hall of the Horyu-ji temple, I wonder. 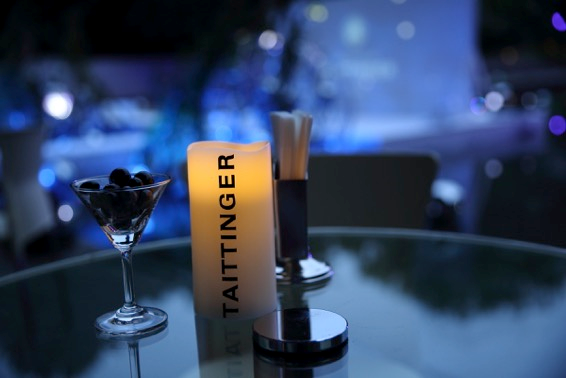 I will tell you in the 2nd volume how the event went after this!